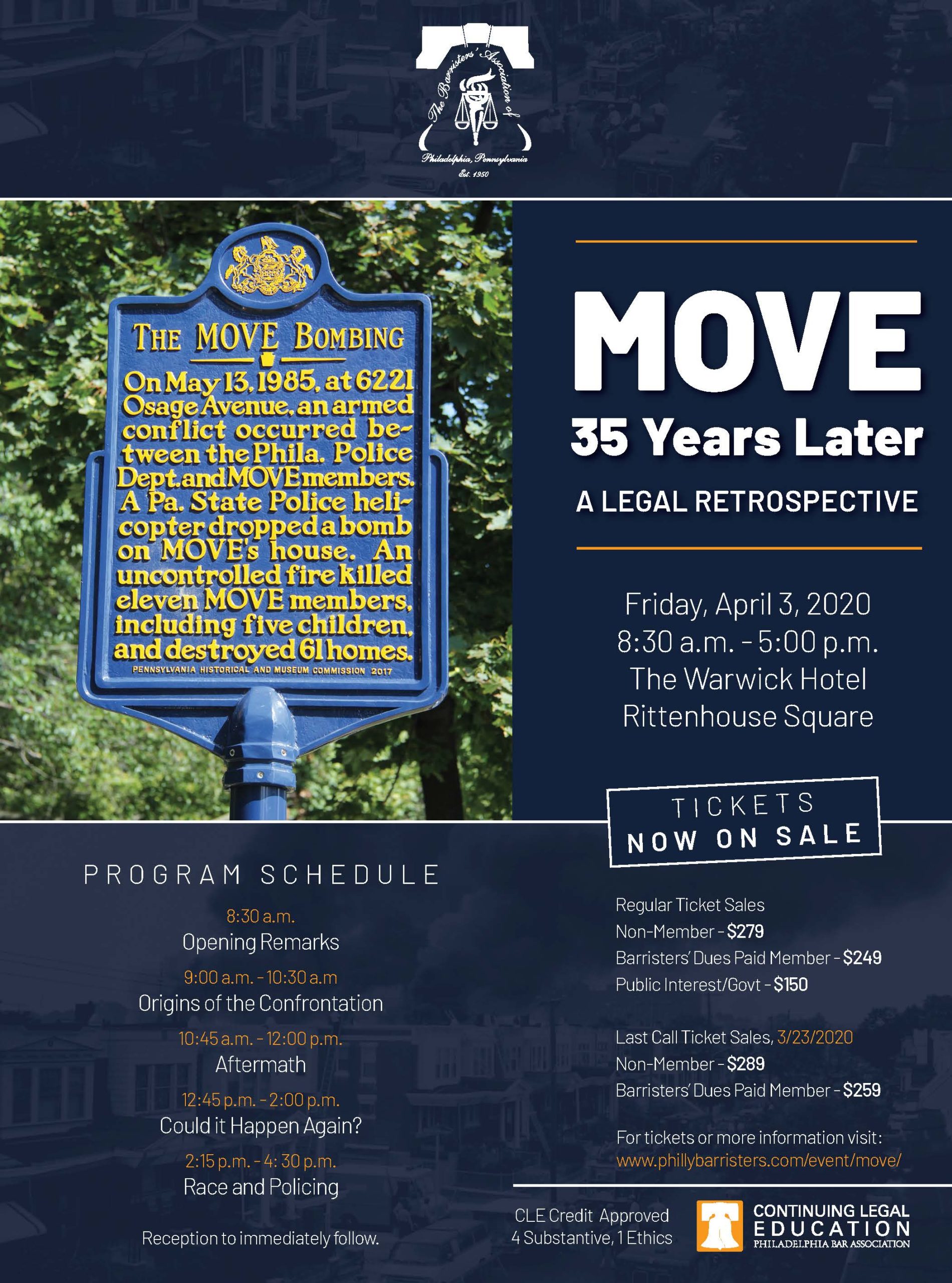 Join us for this special event commemorating the 35th anniversary of the police bombing of the house occupied by members of MOVE on Osage Avenue. The decision to let the resulting fire burn resulted in the deaths of 11 men, women, and children; destroyed 61 homes; and left 250 people homeless. This CLE will provide historical perspectives and address contemporary implications.

Breakfast and lunch will be served.

Event Chair: Dominique B. E. Ward (President-Elect, Barristers’ Association of Philadelphia; Lincoln Financial Group) For sponsorship or any other inquiries please direct them to presidentelect@phillybarristers.com.

CLE credit is administered by the Philadelphia Bar Association.